Becky Uehling | Grant Tribune-Sentinel
The Morales family of Grant, new owners of Route 61 Roller Dome including Melany, Tony, Mayra, Karime, Karina, stand with former owners Jason and Ashleigh Noyes and sons Jace and Jagger.
By Shari Friedel
The Grant Tribune-Sentinel
The building south of Grant that has served as an entertainment hub for the last eight decades is under new ownership with the Morales family of Grant.
The building was constructed in the 1940s by Barney Lair, and served as a ballroom before it became a roller skating rink. Other former owners include Grady Robinson, Phil Kraft, Vance and Esther Kirkpatrick, Darrell and Joyce Werner, Bruce McCormick, Robin Clement and most recently, Jason and Ashleigh Noyes. It has been known as the Crescent Ballroom, Himi’s, the Rock-n-Roller, Six Aces, and currently, Route 61 Roller Dome. The building has also housed a cafe under the ownership of Robinson, and a pizza business called Zambellini’s, owned by Dave and Sherry Erlewine while it was operating as the Rock-n-Roller.
The most recent transaction came about through conversations between Ashleigh and Jason and Tony Morales, who works for Jason. For the last couple years, the Noyeses had been considering selling the business, but only if the new owners would continue to use the building as a skating rink. With their children getting older and more involved in school activities, Jason and Ashleigh decided the time was right to take a step back and sell, preferably to a family. Ashleigh mentioned this to Tony, and Tony decided to bring the idea to his family, who became excited about the possibilities, and eventually agreed to the purchase.
“We are super excited to see what they will do,” said Ashleigh. “Moraleses will bring a whole new sense of adventure to the place. They have so many ideas, and have picked everything up so fast.”
The two families are well acquainted—Melany, the oldest daughter, worked at the Roller Dome following high school, and the two younger daughters,
Karime and Karina, have babysat for Noyeses. Tony is an employee of Jason’s with Noyes Irrigation.
Ashleigh was grateful to see the rink go to a hard-working local family. Moraleses, in turn, were grateful and appreciative for the opportunity presented by the Noyeses.
The Moraleses consider their new project a family venture, with each member contributing to its success, though they hold other full time jobs—Melany at Viaero, Tony at Noyes Irrigation and Mayra working as a housekeeper.
Melany will be handling the majority of the management of the rink, and Karime and Karina, who have enjoyed skating there since the family moved to Grant seven years ago, will also be learning the ropes of the business, and gain some valuable work experience.
For now, the rink will be run as it has in the past, open from 5-9 on Fridays and Saturdays, with the first hour designated for beginners.
DJ Jeff Craig, who has been there for 14 years, will remain as an employee.
Future plans include additional food offerings, with the addition of Mexican cuisine, and the possibility of expanding their hours.
The Moraleses also plan to have the building available for private parties and gatherings such as graduations and reunions.
“I hope the community supports them as much as it supported us,” said Ashleigh. 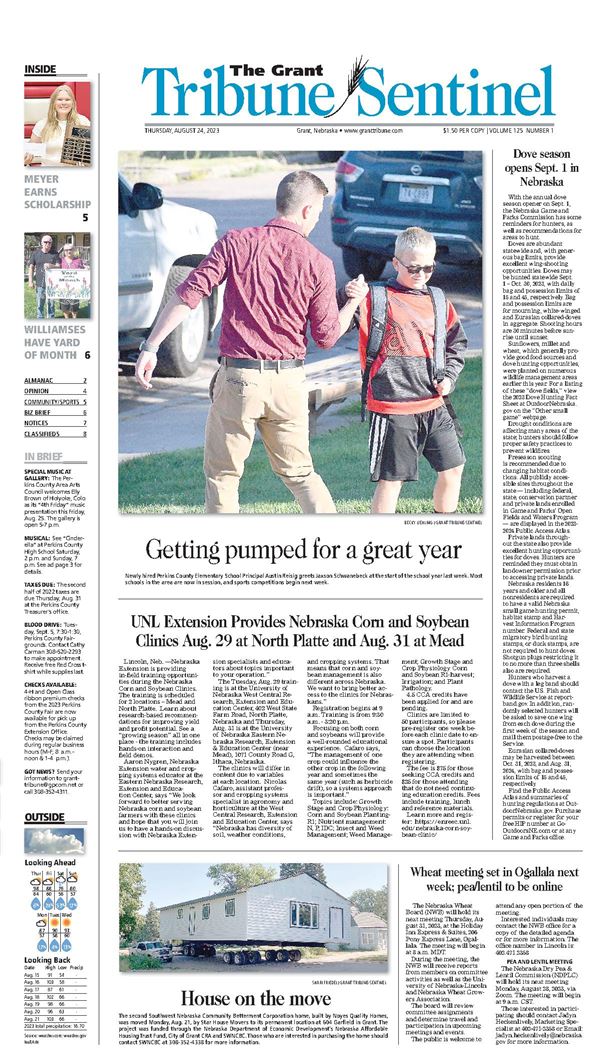